The Many Faces of Christian Legalism

The apostle Paul did not deal kindly with enemies of the gospel. He had risked life and limb to proclaim the gospel throughout the Near East. He faced extreme opposition, both religiously by the Jews and politically by the Romans and their allies. But nothing angered Paul more than a new enemy that cropped up within the fledgling church: legalism.

Paul dedicated his epistle to the Galatians to exposing and defeating legalism and spared no words in denouncing it. In Galatians 1 he immediately identifies it as a “different gospel” and calls those who propagate it “accursed.” Paul describes how he vehemently and publicly rebuked none other than the Apostle Peter in Galatians 2:14. He goes on to state that the effect of legalism is to “nullify the grace of God” so that “Christ died for no purpose” (2:21). He rebukes the Galatians for being “bewitched” in 3:1. He fears that he “may have labored over [them] in vain” (4:11). He goes so far as to wish that those who taught this false doctrine “would castrate themselves” (5:12)! Nowhere else in scripture do we find Paul or any other apostle so urgently confrontational. It follows, then, that legalism is one of the greatest possible dangers to the church. It is an insidious and inveterate enemy of the gospel, constantly cropping up in various forms and disguises and leading astray even mature Christians.

So what exactly is the nature of this evil monster called legalism? Paul’s definition of legalism in Galatians involves seeking “justification by the law” (3:10-11, 5:4). Elsewhere in Galatians, he also includes those who mix faith with works: “Having begun by the Spirit, are you now being perfected by the flesh?” (3:3). In other words, legalism is not limited to those who believe in salvation by works. Legalism includes any form of external religion. It is possible for anyone to affirm the doctrine of sola fide, salvation by faith alone, and yet gradually drift into emphasizing outward forms of religion rather than the internal heart of faith. This usually crops up in two ways.

The heart of all legalism is self-righteousness, the state of feeling or believing that your behavior makes you a better person. It is dangerously easy to become self-righteous. Innocent satisfaction with a good work you have performed, such has helping the needy, can easily turn into self-righteousness. As soon as you start feeling good about yourself for something you have done, you may credit yourself for it, rather than giving glory to God from whom all goodness comes. Over a period of time, it becomes easy to focus on your own perceived goodness rather than maintaining utter dependence on the righteousness of Christ. This may be manifested in several ways: Comparison. Prideful self-righteousness inevitably leads to comparison with others. Any of us can fall into the trap of finding others weaknesses and thinking that we’re pretty good by comparison. When another Christian drifts into sin, it can be tempting to deal harshly with them, as if he or she is beneath you, rather than seeking to “restore him in a spirit of gentleness”, humbly keeping “watch on yourself, lest you too be tempted” (Gal. 6:1). We can always find people who we think are worse Christians than we are. In doing so, however, we are usually looking for splinters in someone else’s eye while ignoring the plank in our own eye (Matthew 7:3-5).

Conformity. Another subtle manifestation of prideful self-righteousness comes when a group of believers create a culture of conformity. This may stem from legitimate personal matters of conscience. (For an excellent discussion of this topic, read Conscience: What It Is, How to Train It, and Loving Those Who Differ

.) But when you apply your personal convictions as a set of unwritten expectations for others, you are drifting into legalism. This can easily happen as believers tend to group together around shared convictions. While fellowshipping with those who hold similar convictions is not bad in itself, it can easily develop into a culture of conformity that becomes a form of external religion by focusing on outward conformity rather than inward dependence on God. Ironically, those who pass judgment of “legalism” on someone who is more conservative than they are may be guilty of it themselves.

Complacency. How can you tell when you’ve reached a state of legalistic self-righteousness? Probably the best diagnostic is an honest evaluation of your own spiritual complacency. If you are largely comfortable with yourself spiritually, you have likely fallen victim to a legalistic mindset of self-righteousness. You have probably surrounded yourself with other believers with whose standards you find it easy to conform. You probably perform a public deed of goodness like a missions trip or community service every once in a while so that you have reason to feel good about yourself. You may even publicize your self-satisfaction with a “bragimony” on social media including the requisite #soblessed hashtag. A person who is focused on the righteousness of Christ is not complacent, but is always “reaching forth unto those things which are before (Philippians 3:13).

But perhaps the persona you project on Facebook or in church is just a shell. Many people put on the appearance of conformity while inwardly they are filled with fear and even depression. “Why do other people seem to have it all together when I struggle with ___________?” they may ask themselves. This too can be a manifestation of incipient legalism:

Although many Christians struggle with self-righteousness, many others struggle with self-doubt. Although they may have trusted in Christ for salvation, they may have lingering insecurities about their relationship with God. Instead of fully appreciating the righteousness of Christ that they have received, they may tend to focus on their own unworthiness. This can lead to these spiritual complexes:

Guilt. Some Christians have trouble forgiving themselves for sins that are under the blood of Christ. Whether they were saved after a life of sin, or whether drifted into sin at some point after they were saved, they may try to compensate by making strict rules for themselves. Yet no matter how hard they try to compensate by keeping their own rules, they cannot experience the full joy of their salvation because they are focused on their own righteousness instead of Christ’s.  Perhaps you have confessed and forsaken some sin in your life, but you are continuing to allow it to defeat you spiritually. If this is the case, you are playing into the hands of Satan, “The Accuser” (Rev. 12:10) who seeks to thwart the redeeming power of Christ by bringing us back under the tyranny of the Law. The New Testament makes it clear that while the Law is good for bringing us to the point where we acknowledge our sinfulness and need of Christ (Romans 7:7), it is fruitless and dangerous to make it the basis for our conception of our standing with God.

Fear. An unhealthy obsession with law over grace can create an attitude of fear toward God. Sometimes this can happen to Christians who grew up in a legalistic environment in which they were constantly judged by their conformity to a strict set of rules. Although they may have realized that some of the rules were arbitrary as they matured, they still tend to view God through that lens. Many believers live in fear that God is waiting to strike them with some sort of horrible evil the moment they step out of line. Nothing could be further from the truth. As a loving father, God does discipline His children as needed, but only with a view to receive and restore them (Hebrews 12:6). In fact, God assures us that we can be can be confident in His perfect love that casts out fear of punishment (1 John 4:17-18).

As sinful, self-centered creatures, it is only by God’s grace that we can avoid any of these pitfalls. The solution to all of these manifestations of legalism is to constantly preach the gospel to ourselves. We can avoid either extreme of self-righteousness or self-doubt by keeping our focus on Christ and His perfect righteousness. With that vision, we can rest assured in Christ’s imputed righteousness (Romans 5:15-18). Christ righteousness also inspires us to live in His image (Romans 8:29), not based on our own external, self-righteous rules, but as a heart-response to what God has done for us. Only as we constantly align our hearts with the righteousness of Christ can we avoid the pitfalls of legalism. 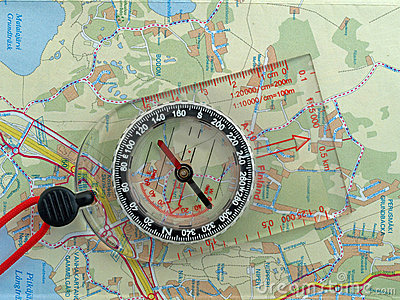 6 Simple Steps for Finding God’s Will 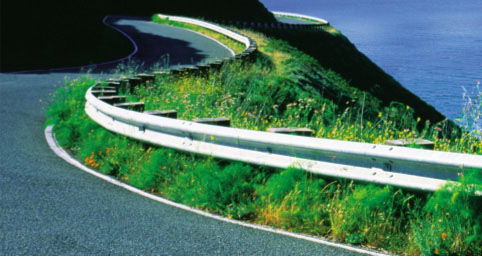 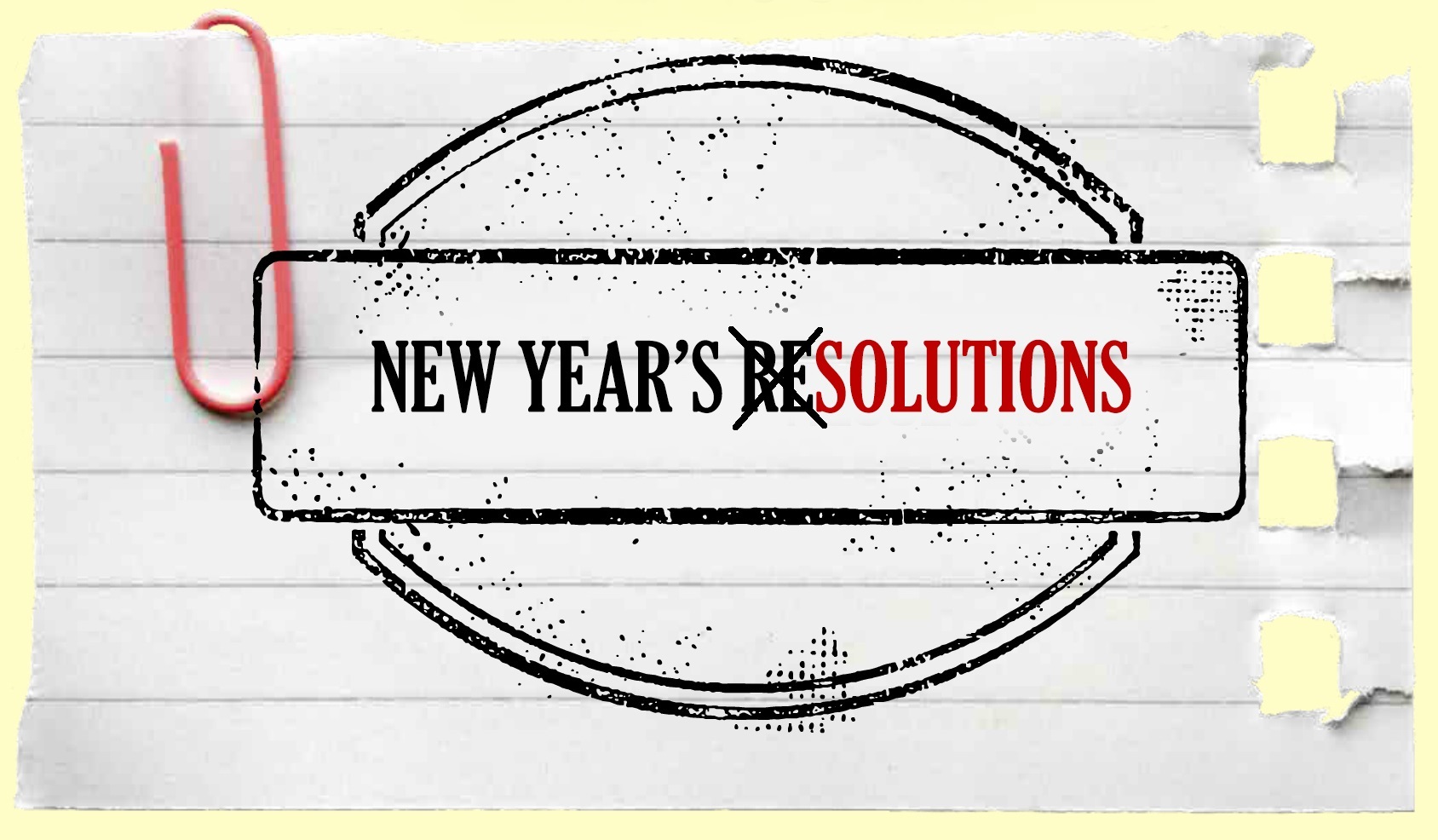