Whatever Happened to Objectivity?

Ideas have consequences.  Philosophy shapes culture. We can state that in reverse as well. Nations rise and fall on culture. Culture shifts, in turn, come from ideas.

Behind the American Culture Shift It is self-evident that America (and much of the rest of the world) is experiencing a dramatic culture shift. If a person from any other era in history were to time travel to today, they would surely be astounded by what they saw. How did we get from male/female fixed categories to gender fluidity? From what epidemic of thought comes the urge to commit mass shootings? How did the purpose of marriage change from being an institution protecting the family unit, to being a stamp of approval and bestowing of dignity on someone’s feelings? Why has politics and public discussion devolved to shouting matches rather than dialogue in which people try to understand and engage with ideas?

The short answer, it seems to me, is that society has lost objectivity. To be sure, humans have never been and will never be fully objective. Still, since the days of the Ancient Greeks and Romans, objectivity was highly valued and doggedly pursued. From this pursuit of objectivity we have inherited the study of logic, the scientific method, critical thinking, and meta cognition. Yet ironically, it seems that when these tools are turned upon themselves they create a logical short-circuit of sorts. At least that’s what appears to have happened within the institutions of learning that once championed objectivity.

The Neo-Marxist philosophy called “critical theory” is highly influential within academia. It basically holds that objectivity is impossible—individuals are locked into the perspective shaped by their identity.  This line of thinking has not only permeated academia, but has bled over into popular culture and politics. Consequently, there has been a rise in identity politics, an increasingly polarized jockeying for cultural power, and the automatic assumption that White Anglo-Saxon Protestants are oppressive.1

Few are willing to go against the grain and raise objections to this thinking. An exception is Mark Bauerlein, a professor of English, who takes academia to task over this so-called “critical theory”.

[N]o criticism against objectivity has had greater popular impact than the one that says judgment is inevitably swayed by racial/ethnic/gender/sexual factors.

That line of thinking is the sole legal basis for affirmative action in college admissions, for instance. In her 2003 decision in Grutter v. Bollinger, U.S. Supreme Court Justice Sandra Day O’Connor acknowledged “one’s own, unique experience of being a racial minority in a society, like our own, in which race unfortunately still matters.” The racial diversification of the student body, the court ruled, means the diversification of experiences, which enhances the education of everyone. College and universities may practice discrimination because of the reality of racially conditioned minds.

The grounds for that assumption reach back to the Marx and Freud, among others, especially to their critique of the liberal dream of cognitive freedom. The dream allowed that, with enough education and a cosmopolitan disposition, you could transcend your circumstances and reach an unbiased viewpoint. Familial, tribal and national interests would fade, identitarian limits (racial, etc.) would fall away, and a universal human eye would be achieved.

Readers of Inside Higher Ed don’t need a rehearsal of how that objectivity collapsed. Hegel historicized it, Marx materialized it, Freud psychoanalyzed it. Forever after, the liberal mind was considered a pretense — an effort to transcend history, class or psychic repression. Race/class/gender/sexuality critics of the 1980s and ’90s gave these grand undoings an identity twist, an easy step to take in the wake of civil rights, women’s lib and the Gay Liberation Front.

Read the rest of the piece on Inside Higher Ed. The author is not necessarily supporting Trump, but he is using the Trump-attacks-Hispanic-judge controversy to point out the hypocrisy of identity politics.

On the other hand, accepting the existence of truth gives a Christian thinker the ability to seek objectivity and value other’s perspectives in that pursuit. For example, read Mark Bauerlein’s response to a comment on his piece:

“Transcending identity and reaching fairness is a nonstop discipline. One thing that helps is to believe that underneath all individual differences is a soul, and in the eyes of God every one of those souls is equal.”

Unity in diversity can only come through objectivity, not identity politics.

1 The logic goes something like this. White Anglo-Saxon Protestants (WASPs) are synonymous with Western Civilization. One of the hallmark values of Western Civilization is objectivity, (which we know is a myth) so that really means that they just forced their perspective on everyone else as the cultural elite (hear the Marxist echoes?) and called it objectivity. Therefore WASPs are evil and their perspectives (traditional marriage, etc.) are always wrong.

2 For more on how identity politics leads to polarization and violence, see my discussion of Dylann Roof and the AME massacre. 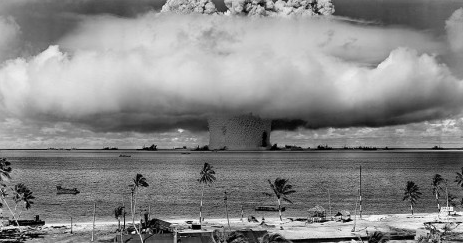 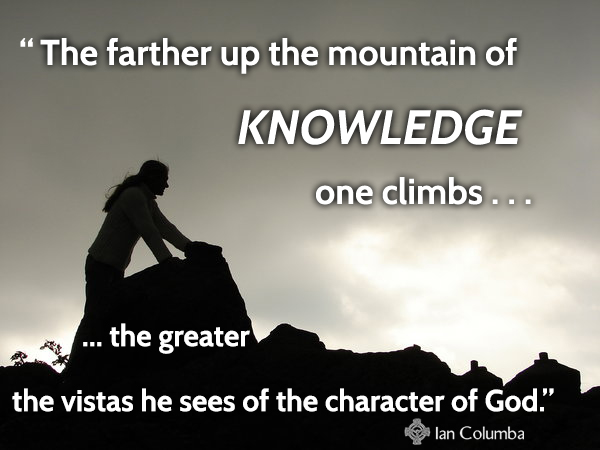